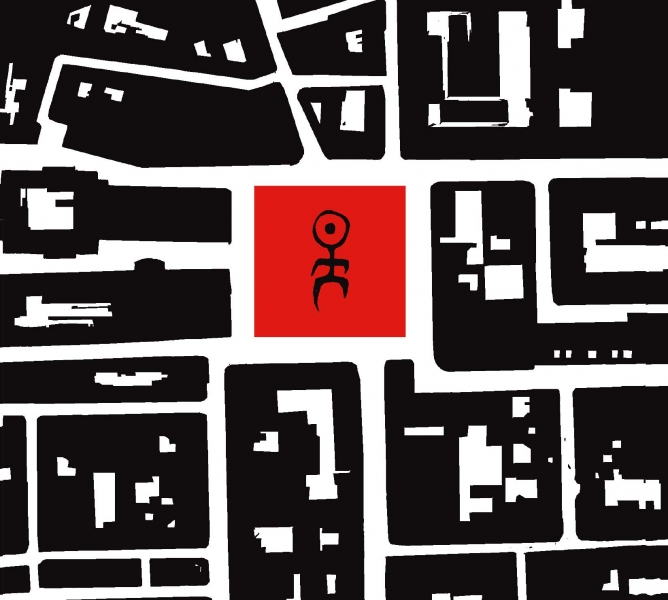 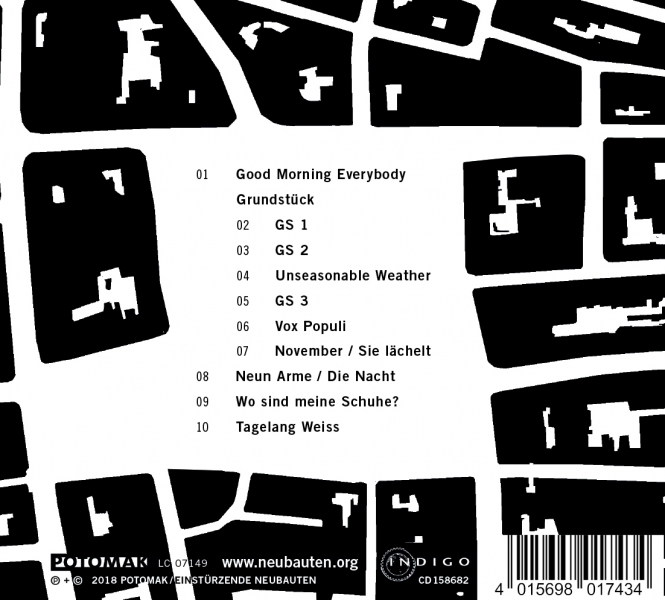 EINSTÜRZENDE NEUBAUTEN
Grundstück
Official release: September 7, 2018!
!
Only what isn’t, is possible. Einstürzende Neubauten has been tearing down existing sound boundaries for almost four decades according to this maxim, so as to create ever new sound spaces. Pursuing an unquenchable urge to explore, the collective of Berlin musicians around frontman Blixa Bargeld has established itself over the past decades as one of the most radical, most unpredictable and most unconventional avant-garde bands in the popular music scene, whose noise-laden anti-pop continues to influence global listening habits to this day. With Grundstück, a real rarity is being released on the commercial market for the first time: Originally issued in 2005 as a small, limited edition, strictly intended only for registered band supporters, the much sought-after album is now officially available as a CD and also as an LP, each including a DVD with previously unpublished film recordings of the project and an extensive booklet.
Looking back to the year 2002: To make itself independent of the record industry and to keep full artistic control, the band brought to life an internet-based fan action for the financing of their next album and advanced quite incidentally into early pioneers of crowdfunding – many years before other renowned international stars discovered this model for themselves. Various albums went through a total of three creative phases that allowed them to be recorded, produced and sold completely solo, as a result of what came to be known as the supporter project. Grundstück (2005) from Phase II is one of these albums that now, after more than 13 years, is finally available for sale as an official version.
Grundstück is the missing link between Perpetuum Mobile released in 2004 and Alles wieder offen, which came out three years later. It’s an interim work consciously conserved in its unfinished condition, where an ongoing development process between two albums was recorded on a separate medium. The “Making of” was raised to an independent art form here on one record that perfectly reflects the essence of Einstürzende Neubauten – it’s unfiltered, improvised expression. This is creative freedom in its most subversive form, far outside the usual listening parameters and conventions. And according to Blixa Bargeld, it’s “the manifestation of possibility.” Grundstück represents what the album title asserts: One’s own lot. A self-built, stylistic and primarily ideological microcosm within pop culture, in which Einstürzende Neubauten can pursue its sound research processes completely self-sufficiently and undisturbed. It’s a form of artistic independence that is not subjected to a patronizing record company or other commercial survival strategies.
Aside from material that was produced in the band’s own Berlin studio “The Bunker,” some parts of Grundstück were played live while on tour, matching the experimental character of the project’s genesis: In addition to Blixa Bargeld, Alexander Hacke, N. U. Unruh, Jochen Arbeit, Rudolf Moser and Ash Wednesday, a 100-member choir made up of supporters can be heard. They were recorded at the Minority Church in Krems, Austria, at the Italian Teatro Valli in Reggio Emilia, the oldest opera house in Europe, at the Ancienne Belgique concert hall in Brussels, as well as at the Palast der Republik in former East Berlin. Bargeld explains that this was a consciously desired social component: “The supporters could actively participate in the creative process of the individual works and comment on our studio sessions through live broadcasts. And the concerts were also based purely on self-organization. The supporters energetically helped out and had even built up their own basic anarchistic network to assist the band. It was very exciting to watch how these systems organized themselves without any instructions from us.”
Grundstück opens with the noisy and propelling “Good Morning Everybody,” based on engine sounds of air compressors and accompanied by rhythmic steel plate beats. The seven-part title track shapes its core, which in its perforated, eruptive and largely atonal experimental spirit represents all that the name Einstürzende Neubauten stands for to this day: Non-conformism and nihilism practiced uncompromisingly until it becomes pure culture. The album is rounded off by industrial lounge sounds in “Wo sind meine Schuhe?” and the hypnotizing studio improvisation “Tagelang weiss.” Closely connected to the album, an accompanying DVD was also produced with the help of a supporter. It was filmed on November 3, 2004, during a special supporter gig at East Berlin’s Palast der Republik; the earlier political apparatus of the former GDR state leadership. Exclusive live recordings were made at a historical location, which was torn down shortly thereafter to make way for a demonstration of the power of the freshly reunited Federal Republic of Germany. Einstürzende Neubauten in the gutted control center of a collapsed state – a witness of the times with the greatest possible symbolic value: Einsturz (collapsing), Neubau (rebuilding), Grundstück (lot).!